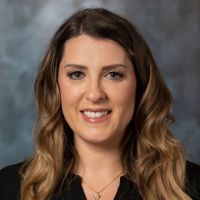 Dr. Medeiros received her medical degree in Brazil in 2001 and shortly after relocated to the United States. She completed her Anatomic Pathology residency and fellowship in Women's & Perinatal Pathology at the Brigham & Women's Hospital in 2005. She continued her postgraduate training at the Mayo Clinic, concluding a fellowship in Surgical Pathology in 2006 and Molecular Genetic Pathology in 2007. She stayed on faculty at the Mayo Clinic in Rochester, MN until the end of 2010 where she was exposed to a high volume and complexity of intraoperative consultations and extramural consultations in Gynecologic Pathology.

After a period living abroad, Dr. Medeiros returned to the United States for a fellowship in Cytopathology at University of Southern California and remained on staff as Assistant Professor and subsequently as Associate Professor in Gynecologic and Placental Pathology, and Cytopathology. She joined Cedars-Sinai Medical Center in 2018 as director of Gynecologic, Placental and Perinatal Pathology, where she is also the director for the Gynecologic, Placental and Perinatal Pathology subspecialty fellowship.

Dr. Medeiros was a board member and president of the Los Angeles Society of Pathologists (LASOP) and is the recipient of the USCAP Stowell-Orbison Award in 2006 for her work on the SEE-FIM protocol, USC Faculty Teaching Incentive Award, USC in 2015 and Golden Apple Award for Excellence in Teaching in 2019 at Cedars-Sinai Medical Center. Dr. Medeiros is the author of over 60 peer-review articles, review articles and book chapters predominantly in Gynecologic Pathology, many geared towards the molecular characterization of gynecologic tumors.