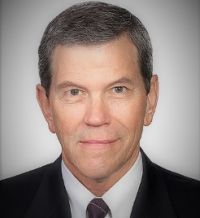 Dr. Leslie received his medical degree from Albert Einstein College of Medicine in 1978, trained in anatomic and clinical pathology at the University of Colorado, and was board certified in Anatomic and Clinical Pathology in 1982. Following completion of a fellowship in Surgical Pathology at Stanford University Medical Center in 1983, he served as a staff pathologist at the Hospital of the Good Samaritan, a University of Southern California affiliate medical center in Los Angeles, CA.

In 1986 Dr. Leslie was appointed to the faculty of the University of Vermont College of Medicine where he became Director of Surgical Pathology (1988-1990) and later, Director of Anatomic and Surgical Pathology (1990-1995). In addition to clinical service activities, he directed the Morphology Core research laboratory of the NIH funded Vermont Specialized Center for Organized Research (SCOR) in occupational and environmental lung disease, with a research focus on the role of myofibroblasts and contractile proteins in experimental lung fibrosis. He achieved the rank of Associate professor at the University of Vermont in 1992.

In 1996, he joined the faculty of the Mayo Clinic in Scottsdale, Arizona, where he achieved the rank of Professor and served as a Consultant in the Department of Laboratory Medicine and Pathology. He has authored more than 200 peer-reviewed publications in his career and garnered more than 8,000 science citations of his work. He lectures worldwide on a broad range of topics in pulmonary pathology, and has provided hundreds of hours of CME accredited content and seminars. He was awarded Educator of the Year in 2015 by the College of American Pathologists. For more than 20 years, he and Dr. Thomas Colby managed an internationally recognized lung pathology consultation practice at Mayo Clinic Arizona.

Dr. Leslie and Dr. Mark Wick coauthored and co-edited a textbook entitled “Practical Pulmonary Pathology. A Diagnostic Approach”. This work was awarded “Medical Textbook of the Year” by the Royal Society of Medicine in 2005 and is now entering its 4th edition. In 2010, Drs. Leslie and Wick created a medical textbook series with Elsevier Sciences, both serving as co-editors for 9 pathology specialty textbooks commissioned for this comprehensive diagnostic pathology series.