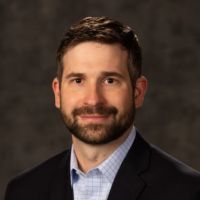 He has published numerous research publications and review articles, and has authored and co-edited multiple textbooks, including “High-Yield Pathology: Gynecologic and Obstetric Pathology,” and the two-volume text book “Gynecologic and Obstetric Pathology.” He loves all things teaching and gynecologic pathology related and has won numerous teaching awards for his medical student and resident education efforts, including UAMS’s campus-wide “Chancellor’s Award for Teaching Excellence.” Dr. Quick is dedicated to expanding pathology education in medical school and has started numerous programs at UAMS to effect this change including the UAMS pathology interest group: SCOPE, a summer pathology preceptorship, and the integration of autopsy pathology into the first year gross anatomy course, earning him an Education Innovation award in 2015. His efforts have led to a dramatic increase in medical students choosing pathology as a career in the state of Arkansas.

Dr. Quick serves on the Education committee and is as an Ambassador for the United States and Canadian Academy of Pathology, and has taught numerous interactive microscopy courses for the USCAP at both annual meetings and the new teaching complex located in Palm Springs, California. He serves as a member of the Editorial board of the American Journal of Surgical Pathology. Dr. Quick’s research interests include the study of endometrial precancers, vulvar squamous carcinogenesis and the impact of epithelial-mesenchymal transition on tumor behavior. He lives in Little Rock, Arkansas with his wife Shelly and their three children Dexter, Bernice and Alice, as well as their energetic family dog, Zelda.