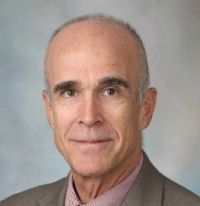 Dr. Colby was educated at Tulane University, Stanford University, and the University of Michigan, receiving his MD in 1974. He did his residency at Stanford and served on the faculty as Assistant Professor until 1983. He then moved to the University of Utah for three and a half years before relocating to Mayo Clinic in Rochester, MN in 1986. He has been a Professor of Pathology since 1989. In 1993 he moved to Mayo Clinic in Arizona. From 2007 to 2016 he held an endowed Professorship: The Geraldine C. Zeiler Professor of Cytopathology.

Dr. Colby developed an interest in pulmonary pathology while working with Dr. Charles Carrington at Stanford University. Dr. Colby inherited Dr. Carrington’s teaching collection and has added considerably to it. It now comprises some 24,000 cases of lung pathology specimens available for study and review at Mayo Clinic in Arizona, still being maintained by his former colleagues. Over 200 individuals from all corners of the earth have come to review this collection.

Dr. Colby has lectured widely since 1979 and has over 460 peer-reviewed publications. In 2015 he was named “Pathologist of the Year” by the United States and Canadian Academy of Pathology.